2009 State of the Union Bingo Game 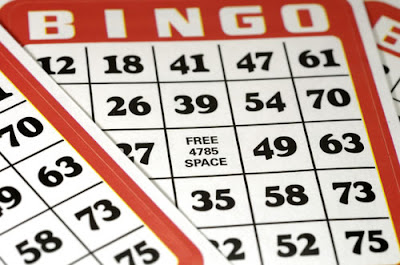 Although tonight's speech by President Obama is not officially a "State of the Union Address" it is being treated as such with delivery before a joint session of Congress. Eli Lesser of the National Constitution Center a couple of years ago came up with a great way to engage your students as they watch the State of the Union speech - BINGO! While your students watch the speech they mark off the topics that are mentioned by President Obama. I have not seen a 2009 version at the National Constitution Center site but I was able to find some 2009 cards at the Center for Global Development. You can also create your own cards.
If you don't hand the cards out to your students in advance of the speech you can also use it if you watch the speech later in class.
Thanks to Eli for the awesome idea and to the Center for Global Development for the 2009 cards. Check out Eli's blog : Civic Learning for ideas on teaching tonight's speech and other civics related lesson plans.
Posted by Eric Langhorst at 1:38 PM