The following presentation was the keynote at the 2008 MACE (Mid-America Association for Computers in Education) Summer Conference held in Bonner Springs, Kansas on July 24, 2008.

Myths of Web 2.0 in the Classroom
view presentation (tags: langhorst conference missouri technology)
Posted by Eric Langhorst at 6:08 AM 2 comments:

The following presentation was a featured session at the 2008 Summer MACE Conference in Bonner Springs, Kansas on July 24, 2008.

Mp3 Players In The Classroom
view presentation (tags: mp3 players education web)
Posted by Eric Langhorst at 6:04 AM No comments:

Hello. Today I'm including a link to the wiki that I'll be using today to teach a workshop at MACE (Mid-America Association for Computers in Education) Conference in Bonner Springs, Kansas. I will be teaching two workshops on the basics of creating a podcast - each three hours in length. I set up a wiki to help organize the links we will be using and make it easy for me to add more links and material later.

If you have any great resources on podcasting that you feel I should add - and I know they are tons of them out there not on my wiki - please feel free to post a comment to this entry or e-mail me directly at speakingofhistory@gmail.com

"..but we have always taught that way..." Presentation at 2008 Technology Innovations Conference by SuccessLink

but we have always taught this way
view presentation (tags: education web 2.0 technology)
Posted by Eric Langhorst at 7:32 AM 1 comment: 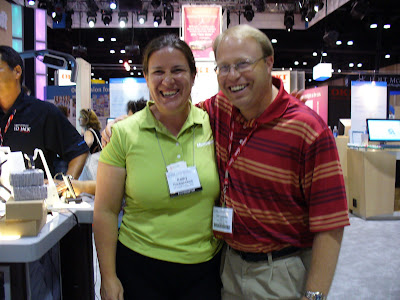 Microsoft's Kathy Richardson and myself at the Zune section of the Microsoft booth at NECC.

Hello. Today's podcast is the audio from my presentation last week in San Antonio at NECC. I gave my presentation on the second day of the conference at the Microsoft booth and described the Zune pilot I completed with my 8th grade American history students. It was a busy exhibit floor at the time of the presentation and there is a lot of background noise but I think it is still audible.

The Zune pilot I completed at South Valley Junior High School - along with the pilot which took place at Fort Sumner High School in New Mexico - has been featured in an AP story which was picked up by various media outlets including CNN.

Direct link to Speaking of History Podcast #153 - Zune In My Classroom Presentation at 2008 NECC in San Antonio - MP3 Audio - 23:25 Minutes
The presentation is also available in video format thanks to Texas teacher Kyle Stevens of the Final Curve blog who recorded it and posted it to YouTube as two videos. Thanks Kyle for taping and posting the videos. I have embedded the videos below.

Lightning on the Plains of Nebraska

Last night, as we were driving through south central Nebraska on the way to a wedding, we found ourselves in the middle of a large thunderstorm cell working it's way east along Interstate 80. We pulled off the interstate and took refuge in a Subway just north of Henderson, Nebraska. We hung out for about 30 minutes and once the storm had passed we continued on our journey. As we reloaded the car we were treated to an incredible lightning display from the storm that had just passed over us. I took some video of the lightning with my Blackberry and have posted it above. I can't remember seeing a lightning display that was as constant as this one.

Posted by Eric Langhorst at 7:59 AM 2 comments: 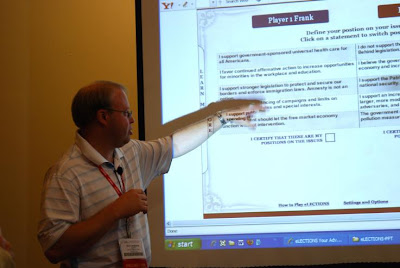 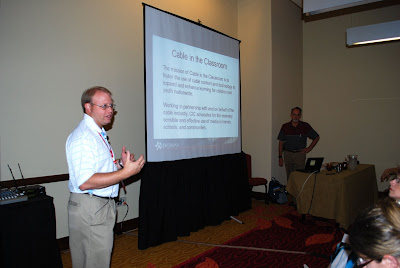 Hello. Today's podcast is the audio from our eLECTIONS presentation last week at NECC in San Antonio. I co-presented this session with Frank Gallagher of Cable in the Classroom. eLECTIONS is a free online simulation in which students can play against each other or the computer and run a presidential campaign. If you teach the 2008 election you need to check out this game for use in your classroom.
The session was well attended - a full house with people standing in the back. Of course it is only the audio so there are some limitations without the visuals but I think it has value if you are interested in using the resource.
If you have any comments please feel free to leave a comment on this blog post or you can e-mail me directly at speakingofhistory@gmail.com Thanks.
Direct link to Speaking of History Podcast #152 - eLECTIONS Presentation at 2008 NECC in San Antonio - MP3 Audio - 60 Minutes 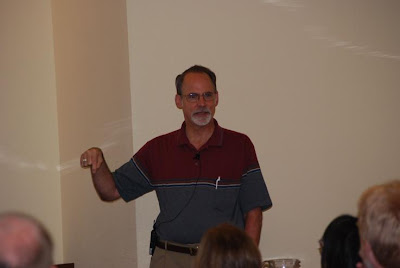 Posted by Eric Langhorst at 10:54 PM No comments: 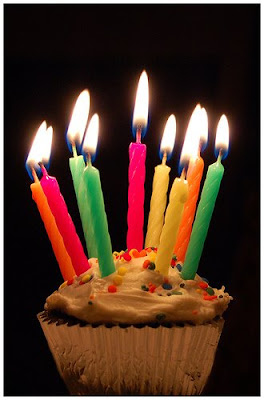 Hello. Today is the 3 year anniversary of the creation of the Speaking of History podcast! I never thought when I sat down on my living room couch with an i-River mp3 player on July 7, 2005 that I will still be doing this today and have 150 episodes online. Creating the podcast is a blast and today I thought I would go back and list my favorite episodes of all time. Some are special because of the content and some are unique for other reasons.
I have provided a link to each of these posts which contain a direct link to the audio. You can also see photos which accompany the podcast and additional information such as links to related material.

If you have any thoughts or ideas please leave a comment on this blog entry or e-mail me directly at speakingofhistory@gmail.com

photo of cupcake is from Flickr and contributed by wishymom
Posted by Eric Langhorst at 11:46 PM No comments:

Hello. Today on the podcast I discuss the value of attending the 2008 NECC conference. Is it worth the time and money spent to attend the largest educational technology conference in the world with over 11,000 participants? Do we need a conference such as NECC in an era of uStream and podcasts to connect?

Posted by Eric Langhorst at 10:04 PM No comments: 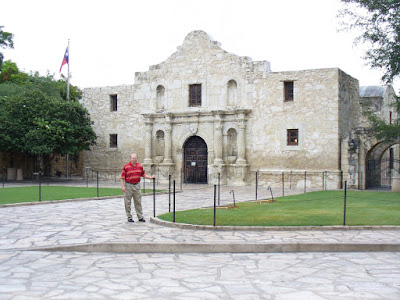 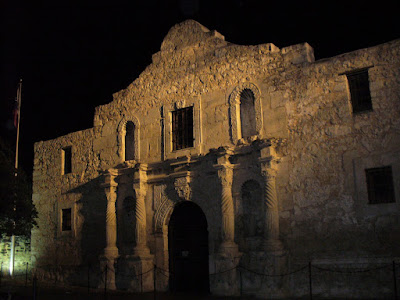 Hello. Today's podcast is a reflection on my visit to the Alamo while attending NECC 2008 in San Antonio. Not meant as a visitor's guide, but rather just some general thoughts on some displays and my experience. As an 8th grade American history teacher I have taught the Battle of the Alamo for almost 15 years and it was great to see it in person. I have also found teaching an event is much more powerful once you have physically visited the original location.

I have included some pictures of the Alamo that I took on this trip. I dropped by once in the morning at around 7:00 AM, did a tour at 9:00 AM and then took some pictures one night at around 10:00 PM after a nice dinner on the Riverwalk. 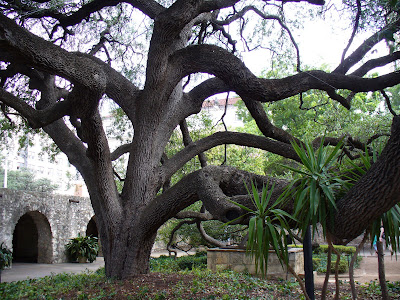 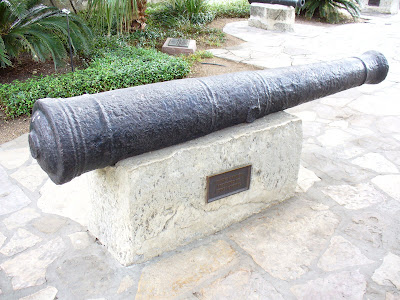 Posted by Eric Langhorst at 3:17 PM No comments: