This is the fourth in a series of blog posts describing my experiences as part of the 2011 Keizai Koho Center Fellowship Program. 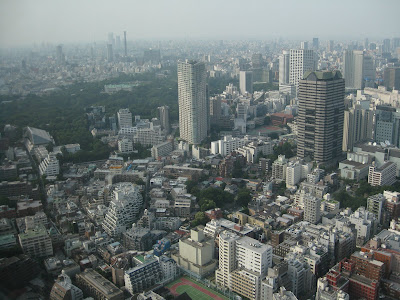 View of Tokyo from 45 floor of Ritz-Carlton in midtown Tokyo
I must admit that I was astounded by the sheer number of people in the city of Tokyo.  Those of you who know me well know that I grew up in Howells, Nebraska - a small farming village in northeast Nebraska with an official 2000 census population of 632 people.  We stayed in Tokyo on this fellowship for a total of four nights.  Tokyo is the world's most populated metropolitan area with a total of 35 million people. 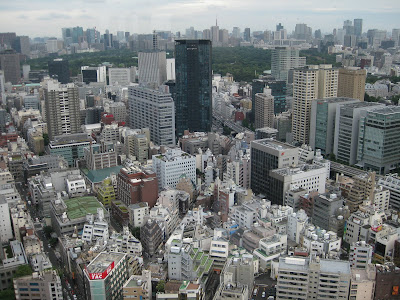 View of Tokyo from 40th floor of Tokyo Dome Hotel
It was hard for me to get a grasp of what 35 million people look like until I open the window to my hotel room at the Tokyo Dome Hotel.  My room was on the 20th floor (the hotel has an observation lounge on the 45th floor).  It was about 11:00 PM at night when we got into our hotel room and when I opened the window I could see nothing but lights from skyscrapers in every direction.  The site was amazing and even more so considering that many buildings in the Tokyo area are not fully lit at night due to the efforts to conserve energy following the disaster at the Fukushima nuclear plant in the 3/11/11 earthquake.  The next morning I looked out over the city in the dawn of the morning light and it was even more impressive than the evening before.  It was now daylight and in every direction not only could I see buildings, but skyscrapers in every direction going on forever on the horizon.  It was very impressive.


Video of Tokyo from 45th floor of Ritz-Carlton hotel
The sheer number of people of in Tokyo is almost too much to comprehend.  The urban core of Tokyo has 2,700 square miles with a population density of 12, 296 people per square mile.  I was impressed. 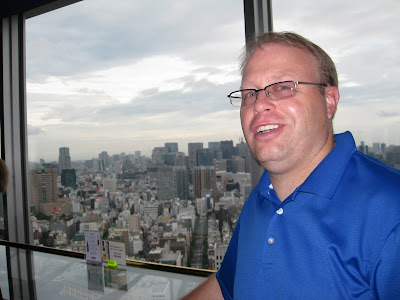 Posted by Eric Langhorst at 5:54 PM